At age 8 years, two bilateral reimplantation operations had been performed elsewhere and failed.

The kidneys and ureters were only moderately dilated. The bladder was small, being defunctioned for 6 years. The loop was strictured.

Our initial surgery was to stretch his small bladder by inserting a temporary suprapubic catheter embarking on a 13-hour reconstruction operation 6 months later when the bladder had increased to 200 ml, a volume which he could hold as well as void.

The strictured bowel was removed and discarded in order to not make a lower ureter of bowel and risk restricturing. Despite pexing the kidneys downward it was decided to autotransplant the right kidney based on the iliac vessels. A tension free long tunnel reimplant was done on the right and a transureteropyelostomy was performed on the left ureter. The right kidney was perfused with cold Lactated Ringer’s solution and Manitol. Slush ice was used for further cooling. The patient was hypotensive when the clamps were removed which was quickly remedied with more transfused blood. A psoas hitch was used to stabilize the right reimplant. Fluid replacement during the operation was enormous: requiring 13 liters of normal saline, 6 units of packed red cells, 250 ml of D5W, and 750 ml of albumen solution. 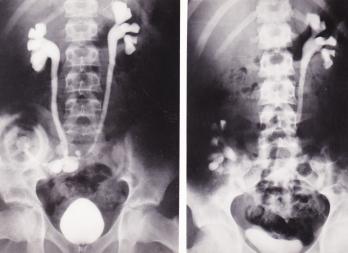 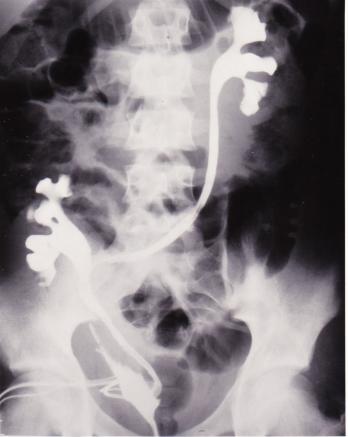 Images
From the Community
PubMed
Google

Give Us Feedback About This Page