One of the early survivors among 12 babies with esophageal atresia was managed by closure of the tracheoesophageal fistula (TEF), gastrostomy, and exteriorization of the cervical esophagus to the left neck as a neonate. Then a subcutaneous presternal “esophagus” was made in stages. 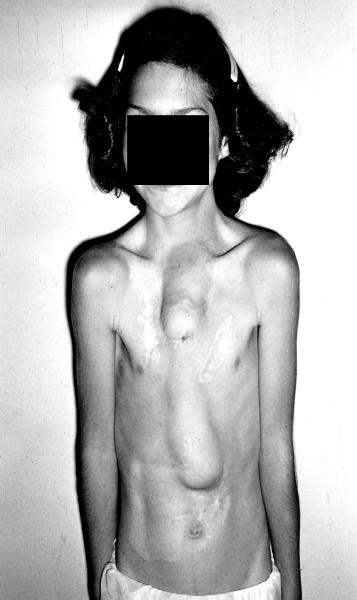